The Council's and the European Parliament's negotiators reached a provisional political agreement setting into law the objective of a climate-neutral EU by 2050, and a collective, net greenhouse gas emissions reduction target of at least 55% by 2030 compared to 1990.

The goal of achieving climate neutrality is part of the European climate law, which sets the framework for EU climate legislation for the next 30 years. The EU is determined to become climate neutral by 2050 and the new climate target reaffirms the EU's ambitious global goals.

The provisional agreement prioritizes emissions reduction over removal (CDR) by 2030. Other elements of the agreement include the establishment of a European Scientific Advisory Board on Climate Change and the setting of an intermediate climate target for 2040, if appropriate.

The provisional agreement  also aims for the EU to strive to achieve negative emissions after 2050.

The agreement is subject to approval by the Council and Parliament before going through the legislative procedures for its adoption. 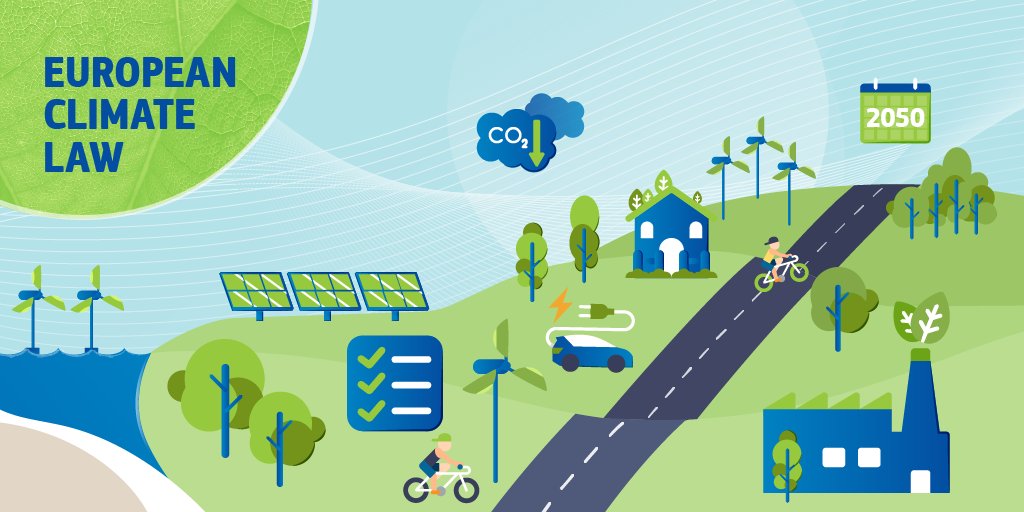